Many of you have written kind words of encouragement, and well wishes, for my new position in Brooklyn. Thank you. 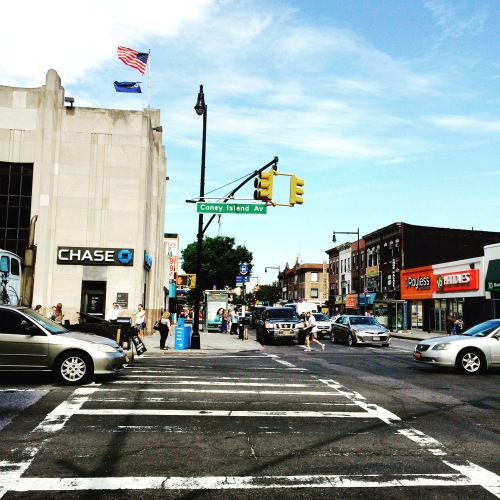 The gig is going well, has its own unique sets of challenges, and, like all endeavors – each new day brings something different to the table. It’s exciting, and scary, all at the same time.

However, this week was less good than the others.

Fortunately, there is light at the end of the tunnel.

Our lives are anything but conventional at the moment.

I hope to be close to approaching something normal again, soon.

Registering for school. Attending my kid’s sporting events. Meeting our new neighbors. Doing nothing on a Sunday, with my family around me, Going to the City with my wife for dinner.

I know to many, it’s inconceivable to move your family halfway across the country. Yet, we’ve done this four – or five? – times now.

You go where life leads you, and try to embrace Discovery. Reinvention. Experience. 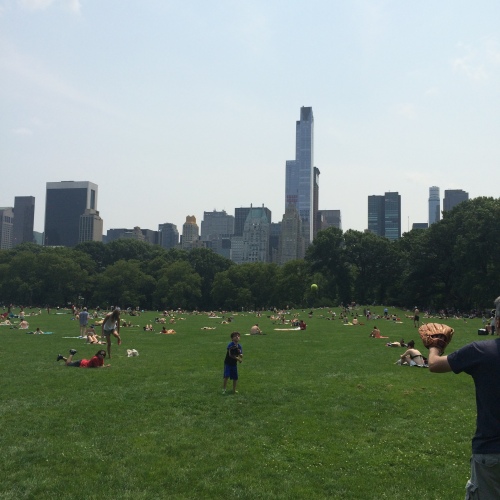 Admittedly, it is never easy. But, it is always rewarding.

It is how we have come to have so many amazing people in our lives.

I simply hope that I have done the best I could for my family, that we are together and happy, and that we love one another.

What else is there?

Had an amazing conversation with my nine-year old last night during the drive back home from hockey practice.

Nothing earth shattering… just a meaningful conversation about effort and the fruits of hard work. Makes me look forward to seeing what kind of man he will be when he grows up.

I have been buried under a TON of stuff this week.

The week began with me leaving my house at 4:00 AM to catch a flight to Orlando for the sole purpose of leaving town with a contract on a house – mission accomplished.  I arrived back in Nashville around 11:00 PM.

By day, I have been working on a .NET contract with a large online health care company and by night, working on a set of new Facebook applications to launch this week and next.

Needless to say, I have been a very busy (and pooped!) boy.

I am finally beginning to see the light at the end of the tunnel, and I’m reasonably sure that it is not a train.

I hope to be back on a more even keel by the end of next week and actually taking a little bit of time off.

But for now, I’m still digging into the pile of stuff in front of me – looking for a pony.

Regardless of one’s politics, the news concerning Senator Kennedy today is sad and not very promising at the moment.  The type of brain tumor he is said to have is usually very aggressive – and once you get to the seizure stage things go down hill very quickly.

Almost exactly ten years ago a good friend of mine, Eric Martin, had a seizure while doing contract work here in Nashville.

Eric passed passed out in the hallway of a common client of ours.  Later the next day, he received word that he had a malignant brain tumor.

Eric and I had been through a couple of startups together and numerous “death march” programming campaigns.  I had given Eric his first paying programming job, testified in court on his behalf in a civil suit, mutually sued a former employer for back pay, and helped him move out of his house following his divorce.

Eric has been on my mind lately, even without the news of Senator Kennedy’s diagnosis.  He was a friend – if not THE friend – of my youthful adulthood.  Ten years passes very quickly.

As sad as the news is today, and as much as I miss Eric during such times, I also remember some of the great times we had together, like:

Here’s hoping your memories made today will be the good old days of tomorrow – and that you are blessed to have a friend like Eric.

When I first started my professional career back in the mid 1980’s, I started at a company where there was – how shall I put it – a very active after work social life.

One was expected implicitly to participate, and how far along one expected to progress on the job was in part dictated by these after work social connections.

I don’t mean just the weekend nights – this was like two and three times a week, way late into the wee hours. And not just with us youngsters – senior EVPs, Managers, Department heads – you name it.

I benefited financially from these outings. I met with my first business partner on these frequent after hours campaigns, and advanced on the job faster than those who didn’t (couldn’t or wouldn’t) participate.

It wasn’t the best thing for relationships or marriages. I have yet to work at a similar company in the past 24 years that comes close to the fast and loose rules that blurred the lines between personal and professional life.

That’s not to say that there weren’t other jobs where I worked that there wasn’t the opportunity for hard driving socializing after work with the higher ups in order to advance professionally. Fifteen years ago the CEO of the company I worked for and I played darts three nights a week, to the extent that the owner of the bar sent me a Christmas Card that year (needless to say, that spelled the end of my dart throwing career – though if you go to the Villager Tavern in Nashville you can still see my name on some banners hanging from the ceiling. Good times, good times).

But none of my jobs since have ever come close to the coupling of social and business interests, for good or bad. The funny thing is, that this was when I was working as an actuary, arguably one of the most boring jobs ever conceived of by man. But I digress.

One of the challenges of doing business in the new social networking milieu (at least, as I perceive it) is separating the business from the social. Both agendas may be proffered simultaneously. But one should always be cognizant that the two are not the same thing, regardless of the popular perception that seems to be out there among many of the digerati.

How people interact is an infinitely interesting subject. At every job I have ever worked, people have hooked up, whether married, attached, single, or not. I have the worst radar in the world concerning who is with whom, who has been with whom, or who wants to be with whom. I lack the gene. My wife of 22 years, on the other hand, has about a 95% accuracy on such matters.

That’s not to say that I don’t recognize “the flirt” (for lack of a better term) while on the job, or the use of “the flirt” to advance an agenda – job, position, sale, access – it’s just that usually my focus is elsewhere and my social radar is simply tuned to a different frequency in that regard.

One look at my mug and it is probably obvious why I am so oblivious.

But in my experience looks usually have little to do with who winds up together after hours at work.

A friend of mine I carpooled to work together for six years was having an affair with his immediate supervisor and I was none the wiser (or simply resolutely convinced no way in hell it was happening – he had two kids at home under the age of ten and the supervisor was in no ways a looker). But opportunity and proximity have a way of changing expectations and what we consider to be acceptable targets of opportunity. Or maybe we simply confuse prolonged contact with intimacy.

I guess what has been on my mind is the recognition that for many, there is no distinction between the personal and the professional. Maybe its a power thing. Maybe its a “boundaries” thing. Or maybe its even a level of maturity or attainment of wisdom that is lacking. But I see it as a fundamental danger in how social networks, as they move into the business realm, will need to address in an honest and open fashion.

Because we operate in networks, real or imagined, that lower the boundaries of intimacy that one would ordinarily be wary of in real life, we should be ever mindful that there is no substitute for common sense in our approach for what is considered appropriate business conduct.

Everybody’s mileage will vary in this regard. The twenty-something will be able to get away with what the forty-something never would (or should). Conversely, persons in positions of power and authority will continue to step in it the same way they have in the past – just with a bigger and longer lasting stage upon which to demonstrate their human frailty.

Our actions – personal, professional, or mixed – should always undertaken in a manner that is intentional, so that we understand what the consequences will be: the job not offered because of those pics on Facebook, the hook up splashed across ValleyWag, the off color Tweet that revealed something we wanted to remain hidden, the resulting busted relationships and broken trusts.

The art of the flirt is alive and well – and has a time and place – in our professional lives.

Just don’t confuse your professional and personal conquests as being one and the same.