Somebody called me a “Schwag Hag.” 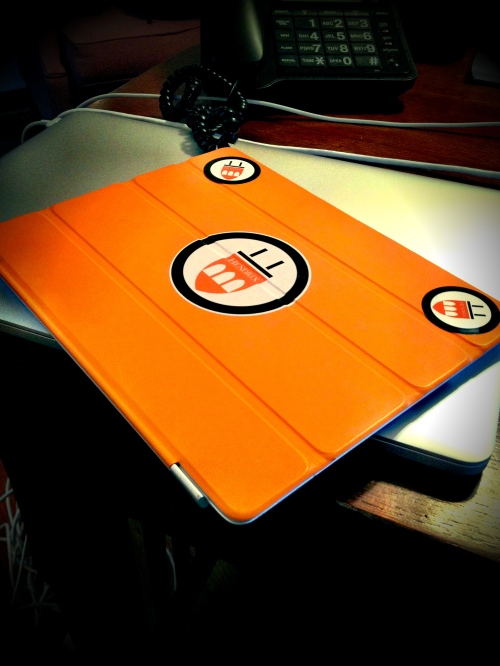 I was excited to see that The Chronicle of Higher Education had made the bold leap to publish a new e-Book, Rebooting the Academy.

And I was equally disappointed to see the result.

It’s not so much a reboot, as it is a rehash.

It could have been so much more.

From Amazon’s description for Rebooting the Academy:

Is higher-education the next bubble to burst? Plenty of people outside of academe think it’s an industry ripe for disruption and change. New approaches to teaching and research with digital tools are being tried that could be transformative to the future of higher education. Rebooting the Academy takes you inside a dozen of these ideas.

Left out of this description is the fact that the majority of the material contained within Rebooting the Academy is repurposed material, which previously appeared in The Chronicle. The remaining content is made up of articles and essays, previously published elsewhere, by the educators and innovators featured.

Is the content great? Sure. It was great the first time I read it. But now I pay $5 for the privilege of reading it again.

Robert Reid wrote in his book, Architects of the Web (Wiley; 2nd edition, February 8, 1999), of a phenomenon called “shooting the proscenium arch.”

Reid was referring to early filmmakers, who used a new technology – the motion picture camera – to film staged plays. It’s not that these early adopters weren’t innovative. They were simply inhibited by the thinking of their preceding technology matrix. They had yet to recognize the undiscovered universe of entertainment possibilities that the new medium enabled.

What those early adopters did was revolutionary for the time. But over the long haul, it wasn’t sufficient for creating a transformative new form.

In higher education, we’ve got to demolish the old proscenium in order to create a new stage.

The Chronicle of Higher Education leaping into electronic media in a significant way – utilizing Amazon, Barnes & Noble, and Apple distribution channels – is a big deal. But it’s timid. Not transformative.

It’s like getting excited because my favorite book is now available on paper, papyrus, and parchment. The content is fundamentally the same. The channel is the only difference between the old technology and the new.

Important? Yes. Transformative? No. What could have been done differently?

Take the section on Khan Academy. Is it more impactful to read a description about how transformative a lesson created by Salman Khan is, or to experience a Khan Academy session, in situ, directly with an eBook? Why not embed one or more sample Khan Academy videos inside of a copy of Rebooting the Academy, and show – not tell – its impact? Killer, right?

Within the introduction of Rebooting the Academy, Jeffrey R. Young promises that “[you] will find not only the profiles as they originally appeared, but you’ll hear from the innovators in their own voices.” How much better would this work have been if we indeed were able to actually hear these innovative voices, audibly, through the inclusion of embedded sound? Again, Killer.

And why not have more than the handful of photos that do appear in the text, as received? We’re talking bits, not paper and ink, here… toss in a few more high resolution photos, perhaps a smattering of interactive photo galleries. I’m not calling for the end of the printed word – but employing a competent graphic designer makes the difference between a work that invites the learner into an engaging experience, rather than looking like precisely the same content that you consumed six months ago, from a printed predecessor.

Certainly, the computational capabilities of Nook, Kindle, and iBooks differ significantly, and many of these embedding capabilities cannot be accomplished uniformly across all of the platforms listed above, as they are currently offered to the public today. But examples – like the Flipboard family of mobile applications, or the Hendrix College Magazine (available for free on iTunes) – exist that can provide a roadmap for producing engaging experiences in consuming text, video, hyperlinks, social media, and audio on mobile devices.

We’re talking about rebooting the academy here. So. Let’s. Reboot. The. Academy.

And let’s reboot our conception of what constitutes an eBook. Why not dream big, if we’re to dream at all?

At least one of the profiled innovators agrees. Within the profile of Daniel J. Cohen of George Mason University, is a passage that reads:

[They] see the web as a place to distribute electronic copies of articles rather than as a platform that fosters new ways of thinking.

Substitute web with eBook in the passage above, and that does a fair job of encapsulating the deficiency I find in what is otherwise a tremendous first effort in Rebooting the Academy, the eBook.

If we are truly serious about transforming how our professors teach and how our students learn, we must do more than simply repackage our old articles and lectures.

We must become serious about acquiring the skills needed to produce compelling digital content, in its native milieu, from inception to execution.

We must apply care and reflection to the quality of our digital teaching, so that what comes of the process is compelling, consumable, and measurably advances learning and critical thinking.

We must sit down and re-imagine our traditional content and text from a wholly digital perspective, with a mindset attuned to an asynchronous model of consumption.

Simply finding yet another way to copy-and-paste our old libraries of PDF files, blog posts, and inline articles ad infinitum, isn’t going to win the hearts and minds of our once and future audience of digital learners.

We can’t Reboot the Academy if all we’re doing is Rehashing the Academy.